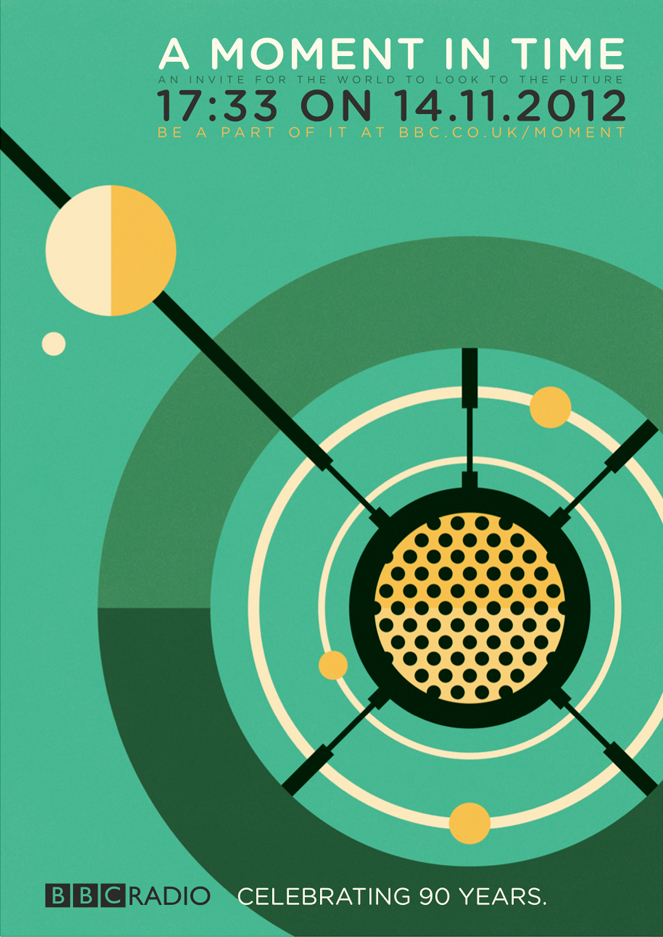 I was asked by the BBC to produce a piece of key art to celebrate 90 years of BBC Radio. I wanted to create something which took elements from several different timeframes across the era. Working with the designer Ben Newman we started with the shape of the original BBC microphone and worked with graphic and typographic styles which felt like they looked forward to the future from the standpoint of somewhere in the mid-20th century.

The project was hugely successful for the BBC and lead to the continuation of the project to capture voices of the nation to build a unique picture of our lives today. http://www.bbc.co.uk/radio4/features/the-listening-project